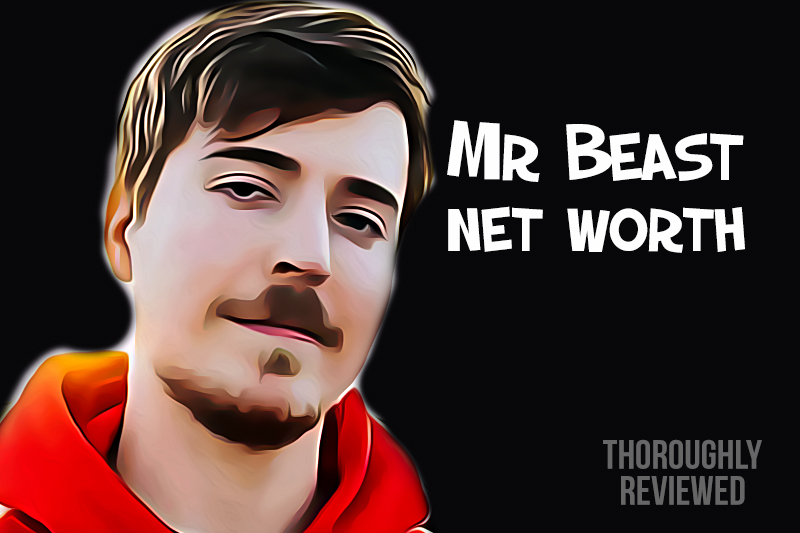 Jimmy Donaldson, an American Youtube personality also known as MrBeast and considered one of the most philanthropic YouTube stars on earth has a net worth in excess of $25 million dollars. His wealth comes from his electrifying Youtube channel that features large sum giveaways, expensive stunt videos and thus far he has accumulated over 4 billion views altogether! Alongside making a large monthly income (3 million a month) Jimmy is an entrepreneur who owns several businesses including partnerships with Microsoft & EA Games among others – earning him over 24M USD last year alone. This is the main reason why he has been able to donate over 10 million dollars to various charities in a short time.

Jimmy Donaldson – born May 7, 1998, in Greenville, North Carolina, and in 2016 graduated from high school from the Greenville Christian Academy.

Under the username “MrBeast6000,” he began uploading films to YouTube when he was 12-years-old. He went to college for a year before dropping out to focus solely on his YouTube business.

He commonly released video game commentary, response videos, and amusing compilations in his early videos. After his channel took off, he hired childhood friends to help build the brand. As of 2022, MrBeast staffs 30+ people. As well as his main channel, BeastHacks and MrBeast Gaming, for example, are two of his other YouTube channels.

Donaldson rose to prominence on YouTube in 2015 and 2016 thanks to his “worst intros” series of videos, which mocked YouTuber introductions he found on the web. Donaldson had around 30,000 subscribers by the middle of 2016. Donaldson dropped out of East Carolina University in the fall of 2016 to pursue a full-time career as a YouTuber. His mother disapproved of this, and he was forced to leave the family home.

He then made a video in which he counted to 200,000. Reading the dictionary, reading the script for the “Bee Movie,” ubering across America, shouting “Logan Paul” 100,000 times, and watching Jake Paul’s terrible music video “It’s Every Day Bro” on loop for 10 hours. are among his other notable achievements.

MrBeast attracted 400,000 new members and 80 million video views in just one week in July 2020. This achievement earned him the ranking of the 20th ranked YouTube personality at this juncture.

Jimmy struck gold in 2018 when he started doing “stunt charity.” MrBeast presented $1,000 to strangers in one of his most popular videos from this time period. Millions of followers quickly subscribed to his channels, which saw him give out hundreds of thousands of dollars, if not a million dollars, on a regular basis.

He posted a video in December 2019 challenging people to keep their hands on a stack of $1 million in cash. The money goes to the last participant to remove their hand from the stack.

Budget for Video Production Every Month

MrBeast has stated that he spends the same amount of money on content creation as he earns each month. When you realize that in some of his films, he’s really giving away a million dollars, this makes sense. He spent at least $3 million on production costs, employee pay, rent, and other expenses in August 2020.

Jimmy has Crohn’s disease, which is an inflammatory bowel disease. In ninth grade, he was diagnosed with the condition. He has spoken about his long battle with the crippling ailment throughout the years. Prior to being identified, he was sick almost every day and, as a result of the intense agony, he dropped 30 pounds over the course of a summer. MrBeast follows a rather stringent diet in addition to his meds.

Jimmy started dating Maddy Spidell in June of this year. They were acquainted on Twitter.

In a February 2020 video titled “Surprising My Girlfriend With 100,000 Roses For Valentines Day,” Maddy was introduced as MrBeast’s girlfriend for the first time. As of this writing, that video has received over 50 million views. MrBeast films featuring Maddy include “I Adopted EVERY Dog at a Dog Shelter” and “I Spent 50 Hours in Solitary Confinement.”

Jimmy debuted the “Beast Burger” in December 2020, in collaboration with over 300 eateries around the United States. The MrBeast Burger app swiftly soared to the top of the Apple store’s free app charts the day after it was released. He has sold nearly a million burgers to date.

Throughout his career, MrBeast has been nominated for a number of prestigious prizes. He was named Breakout Creator at the Streamy Awards in 2019. Also in 2019, he was submitted for the Ensemble Cast and the Creator of the Year award.

MrBeast was the winner of the following Streamy Awards in 2020:

In the same year, he earned the Shorty Award for YouTuber of the Year.

At the Kids’ Choice Awards in 2021, he was nominated for Favorite Male Social Star.

MrBeast has raised and/or donated tens of millions of dollars for many causes over the years. Items have been donated to homeless shelters, the Veterans Army Wounded Warrior Program, Saint Jude Children’s Research Hospital, and a local animal shelter in Los Angeles as a result of his stunt videos. A December 2018 video, for example, donated $100,000 in clothing and other items to homeless shelters.

In October of this year, Jimmy teamed up with NASA engineer and YouTuber Mark Rober to form the #TeamTrees charity. The goal was to generate $20 million for the Arbor Day Foundation in the next three months. For every dollar raised, the charity would plant one tree. Hundreds of YouTubers have joined forces to support the cause. #TeamTrees has raised $4 million within 24 hours of launching.

When he’s not filming his videos, Jimmy is often playing video games with friends. He still plays “Minecraft” on a regular basis. His favorite game is “PlayerUnknown’s Battlegrounds,” or PUBG for short.

In January 2020, MrBeast started gold farming in the massively multiplayer online role-playing game (MMORPG) “Eve Online.” In the first three weeks, he earned over $13 million selling virtual items and currency in the in-game marketplace. By April of this year, his fortune had grown to over $15 million. At one point during this period, he spent two days playing the game without sleeping.

He played so much of this game that it crashed because there were too many players logged in at once.