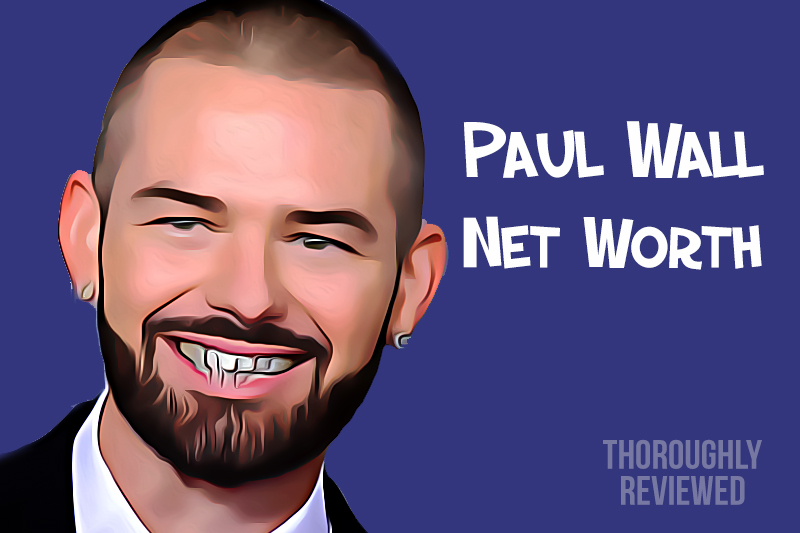 Paul Wall is a rapper and actor from Houston, Texas. In 2022, Wall has an estimated net worth of $5 million. While he has dabbled in acting, he has made the majority of his money from his rapping career and business ventures. Wall and business partner Johny Dang opened the largest custom grills store named Johnny Dang & Co. The duo more recently opened their 3rd store.

Wall was interested in music at a young age but grew up very poor and couldn’t afford to buy instruments or any other things related to music. So he started selling CDs which helped him in getting the initial money for his career.

Wall graduated from Jersey Village High School in Texas where he was introduced to rapping by his friend Mike Jones. After high school, Wall spent 3 years at the Univerisity of Houston before dropping out to pursue music.

Wall remained popular in the streets and the mixtape scene. Eventually, he and others formed the rap group ‘Color Changin’ before Wall ventured out on his own as a solo rap artist.

He eventually signed with Swishahouse and has spent the majority of his career under Swishahouse Records releasing multiple albums.

In 2004, he released the single Sittin Sidewayz featuring Big Pokey. The song charted on the Billboard Hot 100 and helped Paul Wall rise to fame.

In 2006, he released his album Fast Life which went Gold in America. The album featured guest appearances from Mike Jones, Chamillionaire, Slim Thug and others.

Wall is married with two children. His wife Crystal Wall is the owner of a clothing company SWAG 28 Apparel which she launched in 2014.

In 2005, Wall created the Paul Wall Scholarship Fund to encourage and reward academic excellence. The scholarships were awarded based on personal essay submissions from students in North Forest Independent School District.

Collectively the duo has lost 200 pounds! Paul losing 130 with gastric sleeve surgery in 2010 and Crystal losing 70 through Zumba.